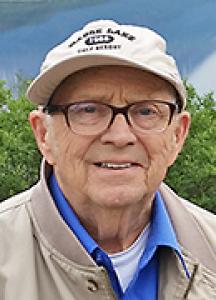 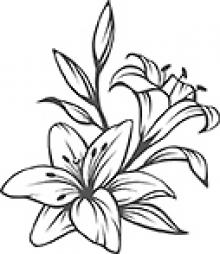 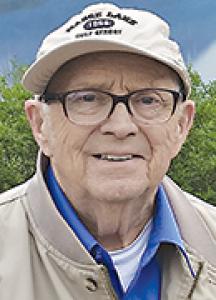 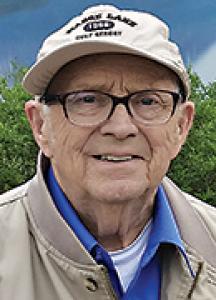 SVENSON: John, age 89 years, beloved husband of Joan for 63 years, and loving father to Jim and Barb, passed away on Saturday, October 15, 2022 at Hillcrest Place Personal Care Home. John was born on February 25, 1933 in Yorkton, Saskatchewan to Bertil and Kathleen Svenson (nee Wolfe). In his early years he attended elementary and then graduated high school in Yorkton, where he also spent lots of time helping out on the Wolfe family farm. John then went to Saskatoon to attend University of Saskatchewan where he met his future wife Joan, while they were both attending University School of Agriculture Sciences. John graduated with a master's degree in Agriculture. While Joan worked on completing her similar master's degree in Agriculture, John worked as a sales rep for Niagara Farm Chemicals for a few years. John and Joan got married on October 3, 1959 and moved to Manitoba, working for the Manitoba Government. It was suggested that they get their master's in social work degree, which they earned from the University of Manitoba. Once graduated in 1963, they moved to Brandon to work as civil servants for the Province of Manitoba. John moved to the Health Department and worked as a liaison for Services for Seniors. He wanted to assist people who retired to have access to socialize among others, by creating community drop-in centers. These centers could then create not only a gathering place, but also provide service that seniors could access. John helped create over 100 drop-in centers across Westman. From this he helped create local Meals on Wheels programs and develop handicap access to these centers and local medical clinics. He also assisted with setting up seniors housing for small towns so seniors could keep their independence, but would be near resources that may be needed, and living next to other seniors. In covering all of Westman, and wanting to assist, he was on the road a lot and wouldn't get home until late. He worked until his retirement in 1994. John and Joan, along with another couple, created the Crocus Obedience & Kennel Club in 1968. The club originated at CFB Shilo before moving to Brandon a few years later. It was a club and place dog owners could train their dogs and put on dog shows. Their son Jim was born in March 1969, followed by daughter Barb in May 1971. Much time away from work was spent in the yard gardening vegetables, at the cottage in Madge Lake, SK, and Joan's family farm near Saskatoon. At the lake, he loved to load the family up in the boat to go fish for the day, and golf at the lake. It wasn't the number of fish caught or the score that counted, as long as he and the family were outside at the lake. Up at the lake, he created family adventures of going to the rodeo in Swan River every summer, walking trails at the lake, or just to go see the bears at the park dump. There were always dogs around the house over the years. John would make Sunday trips with the family, even just to the country to take the dogs for a walk and ice cream afterwards. Upon retirement, and especially after Joan retired, their passion went to growing lilies and travelling. John would hybridize lilies to try and make his own creations and today they have over 2000 lily bulbs in their yard. Along with growing lilies in their yard, John and Joan were also involved with the MB Lily Society. They were on the board for years overseeing bulb sales, education and lily shows. They also became certified North American Lily Show judges and attended and judged shows across Canada, and the northern US Plains States. From the passion of being involved heavily in lilies, a new passion of travel grew quickly. John and Joan had a travel van that they used to not only go to lily shows, but also take in the sights and scenery along the way. They also loved taking bus trips; "Let someone else do the driving" was the common phrase. John and Joan visited all 10 Canadian provinces, Yukon, and 45 of the 50 states in the U.S. from Florida to Alaska. John's favourite spots were New Orleans for just simply sitting in Preservation Hall listening to local jazz; the countryside of Wisconsin; and the rugged beauty of Newfoundland and Alaska. Also, upon their retirements they became fans for the Cirque du Soleil shows, attending 20 shows together. While the performance was the main attraction, John was just as interested in the happenings up in the rafters, seeing the aerial artists get ready for their performances. John was also an avid reader. He was a World War II history buff, by reading novels and other books on the subject. He loved the ships and especially planes from that era. He was always excited to tour a restored aircraft carrier, naval ship, or a plane that still flies. John was able to get a ride on a few of these vintage aircraft. A graveside service in celebration of John's life was held at the Brandon Cemetery on October 21, 2022. Donations in memory of John may be made to the Commonwealth Air Training Plan Museum, 300 Commonwealth Way, Brandon, MB, R7A 5Y5.