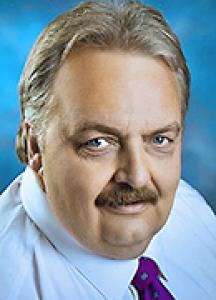 CHOPEK: Stephen "Steve" James Chopek, age 62 years, passed away on Monday, October 3, 2022 at the Brandon Regional Health Centre. Stephen was born in Winnipeg, MB on October 17, 1959 and the family moved to Brandon in 1961, where he received all formal education. Upon graduating from high school, Stephen went on to University to become an accountant. Steve was very proud of his Chartered Accountant designation. His first employment was with Meyers Norris Penny before transferring to Binkley Motor-Radics Chrysler-Murray Auto Group, where he worked for 30 plus years as Finance Controller. Stephen was a loud and proud Blue Bombers fan, as his home dictated with numerous memorabilia that he collected, attending games loyally over the last 40 years, mostly with buddies Mark and Trevor. He also enjoyed camping (Rock in the Fields), concerts, Mexico trips and having Saturday morning breakfast with buddy Jim. Stephen was predeceased by his mother Roberta and brother Robert "Bob". He is survived by his father David, aunts, uncles and numerous cousins. The Celebration of Steve's Life was held at the Victoria Inn, Brandon on October 19, 2022. The graveside service was held at Brandon Cemetery the next morning with Mike Waddell officiating. Donations in memory of Steve may be made to the Brandon Regional Health Centre Foundation, 150 McTavish Ave East,
Brandon, MB R7A 2B3.