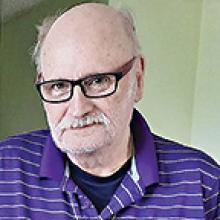 
John David Carter passed away at home in Richmond, BC, on November 14, 2022 surrounded by his family. He was born in Winnipeg, on December 14, 1947.
John was predeceased by his father John R. Carter and his wife Ursula. He is survived by his mother Margaret (Hunt) Carter; his siblings, Greg Carter, Harriet Carter and Hilary Alto; his three sons, Jason, Michael, Peter; grandchildren, Nayia and Nolen; numerous cousins, nieces and nephews.
John's early years were spent in Fort Garry, his summers at the cottage on Star Lake. As a Queen Scout he attended an International Scout Jamboree in Valley Forge, Penn. John attained a Bachelor of Arts degree in History from the University of Winnipeg. He was a member of Westminster United Church in Winnipeg. He worked at Carter Motors, his father's GM dealership.
In 1983, John and Ursula with their three growing boys moved to Victoria, BC, later moving to Richmond. He was a member of the Gilmore Park United Church in Richmond. He will be greatly missed by all who knew him.
Donations may be made to the Parkinson's Society of BC, the Heart and Stoke Foundation of Canada or the Canadian Diabetes Association.